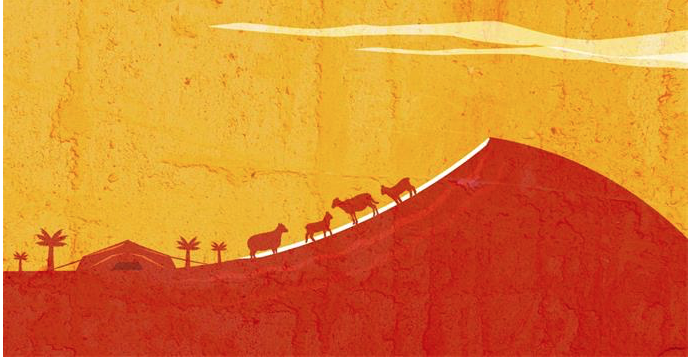 Judah approaches Joseph to plead for the release of Benjamin, offering himself as a slave to the Egyptian ruler in Benjamin’s stead. Upon witnessing his brothers’ loyalty to one another, Joseph reveals his identity to them. “I am Joseph,” he declares. “Is my father still alive?”

The brothers are overcome by shame and remorse, but Joseph comforts them. “It was not you who sent me here,” he says to them, “but G‑d. It has all been ordained from Aboveto save us, and the entire region, from famine.”

The brothers rush back to Canaan with the news. Jacob comes to Egypt with his sons and their families—seventy souls in all—and is reunited with his beloved son after 22 years. On his way to Egypt he receives the divine promise: “Fear not to go down to Egypt; for I will there make of you a great nation. I will go down with you into Egypt, and I will also surely bring you up again.”

Joseph gathers the wealth of Egypt by selling food and seed during the famine. Pharaoh gives Jacob’s family the fertile county of Goshen to settle, and the children of Israelprosper in their Egyptian exile.